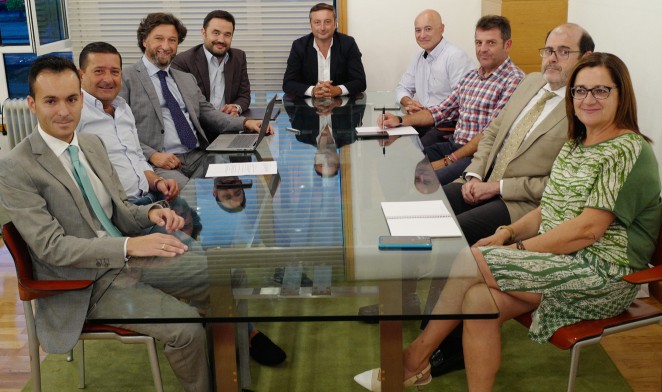 INGECID is a company that identifies with the values of sport and healthy competition. And from now on, Rubén Diego Carrera, Corporate Director of the company, is part of the Board of Directors of the historic Real Racing Club de Santander S.A.D. team

Founded in 1913, Real Racing Club is one of Spain’s historic clubs and one of the founders of the First Division, where it has played 44 seasons. They were runners-up in the top flight (1930/31) and semi-finalists in the Copa del Rey on two occasions (2007/08 and 2009/10). After finishing sixth in the 2007/08 season, Racing played in the UEFA Cup for the first time in its history. The club’s management is currently in the hands of Cantabrian businessmen, with the PITMA Group being the main shareholder.

In the foreground on the left, Rubén Diego, corporate director of INGECID; in the background, Alfredo Pérez, president of Real Racing Club

INGECID at the WNE in París

INGECID obtains funding from the Regional Ministry of Innovation, Industry, Tourism and Trade to optimise the management of nuclear waste through the GORR project.

INGECID participates in the TopFuel 2021 Congress with the paper “COATI. Optimal cask loadings and storage planning of an ISFSI”